A visit to Eastern Europe in the spring of 2007 had a profound effect on Linda Dubin Garfield, printmaker/mixed media artist. Visiting the beautiful countryside of Hungary, Austria and the Czech Republic and experiencing the lovely, sophisticated cities of Budapest, Vienna and Prague left her with a deep sadness that she could not explain. Being in the actual places where the Holocaust happened made the artist mourn the losses of World War II in a more personal way than ever. Lavish, big synagogues in the wine country of Hungary, now void of Jews, have become state-run arts and cultural centers with no recognition of their former use.  Once thriving with vibrant Jewish communities, these orphaned synagogues left her feeling very depressed, with little hope for a future of Jews in Europe.  Seeing Terezin and walking the grounds that held so much pain and death, even though the Nazis showcased Terezin as the "model concentration camp," transformed the full range of Linda's perceptions, her visual as well as emotional sensibility.

The idea for a series of work based on her trip was born in the narrow streets of Prague, in the rolling hills of Hungary and in the darkened cells of Terezin.  Who could not know what was happening? Who could not see what was going on? What illusions did people accept to mask the Holocaust that was happening outside their windows? Where did the Jewish people go when they disappeared? The artist's series Behind the Scene/Seen deals with the issues embedded in this landscape: reality/illusion, past/present, and history/future generations.

As Linda explains,
I have seen the splendor of Eastern Europe's most remarkable cities.  Budapest, with its beautiful location on both sides of the Danube River, sparkles with zest and vitality and has been restored to the "Paris of Eastern Europe."  Vienna, former capital of the Hapsburg Dynasty, is resplendent in its imperial glory and musical traditions.  Prague, the "Golden City" of Europe, charms all who are lucky enough to visit her. But to paraphrase German Jewish essayist Kurt Tuchlosky,  "A country is not just what it [looks like or] does, it is also what it tolerates.

There is more behind the scene that needs to be seen.

A book Behind the Scene/Seen:

An Artistic Response to the Holocaust, including the 21 photomontages and the text for each image as well as an introduction and closing is available through the artist. 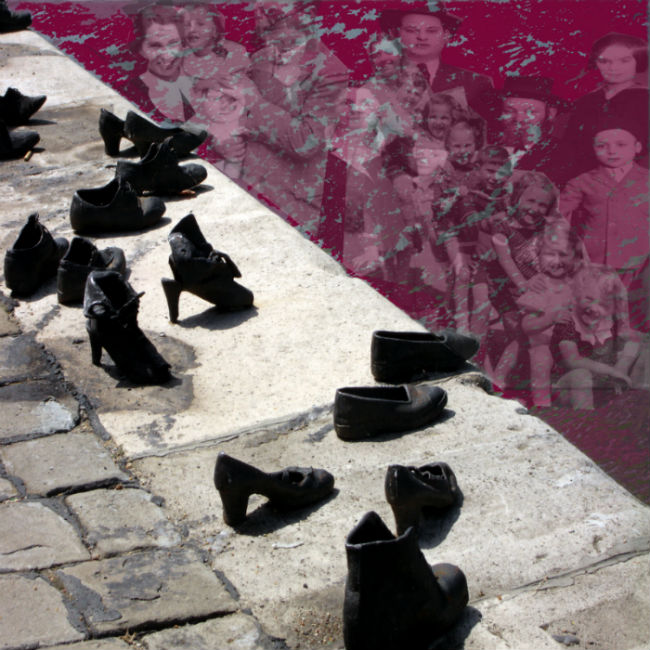 Gyula Pauer designed the Danube-side Holocaust Monument dedicated to the thousands of Budapest Jews who were shot  on the banks and then thrown into the river by the Hungarian fascist Arrow Cross regime. The powerful monument consists of  60 pairs of iron shoes lined up, empty,  on the edge of the embankment.

The innocent people who died there cry out to us in their silence. Prague- Spirit Children in the Streets

Here is a quiet and lovely corner in Prague, the "Golden City." The names of the some of the dead are listed in a part of the Jewish Museum but there are many more nameless people whose lives and names need to be remembered.

The children who never got to enjoy the streets want to play and be remembered. They never got to grow up and be who they would have been. That sadness permeates the streets. 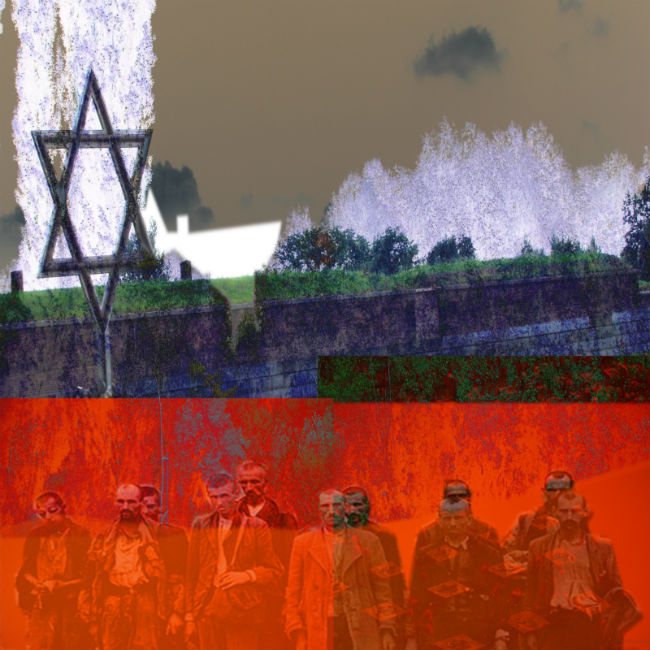 Terezin- The Earth is Soaked with Blood

Today the Ghetto Cemetery looks pleasant and organized but it is the place where more than 10,000 prisoners were buried in mass graves between December 1941 and October 1942. After that, bodies were burned in the crematorium. A dominant modern sculpture of a menorah is surrounded by symbolic nameless graves.

The earth itself has a story to tell. Listen. 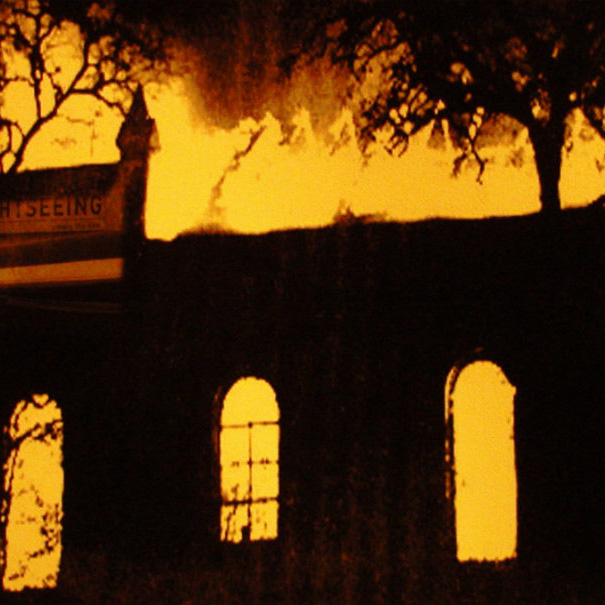 The sightseeing bus tours do not show the fire and terror once so much a part of the environment. Millions of Jews lived and thrived in the area before World War II. Now there are maybe 100,000, most older and many not involved in the Jewish community.

The beauty and grandeur of the landscape is tempered by the history of the place which is very apparent behind the seen. A Walk in the Park

Terezin, 30 miles from Prague, was built as a fortress in the 18th century. During World War II, it was turned into a major concentration camp complex. The entire town itself was turned into a Jewish ghetto from which Jews were transported to Auschwitz and other camps. 150,000 Jews passed through from 1941-45. 34,000 died from poor conditions there, 87,000 were deported. Only 3000 survived. The Nazis tried to pass Terezin off as an "exemplary Jewish settlement."  They created a false front in July 1944 for the Red Cross commission visit.

The victims cry out from the past. The children never grew up. We must insure their remembrance in the future. 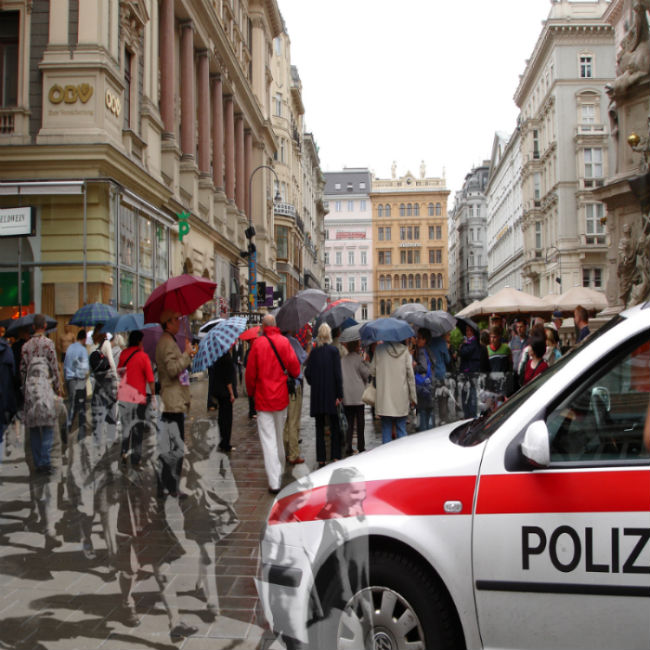 Known for its pastries and waltzes, Vienna has a checkered history of expelling Jews. Vienna was the center of the Hapsburg Empire. From 1938 until 1945, it served as the provincial capital of the German Reich. Anti-semitic feelings persisted in Austrian society after the war and are still present today.  In the late 1980's, Kurt Waldheim, a Nazi collaborator was elected president of Austria.

Hearing the same sirens used by the SS during the war was an unsettling experience evoking the terror of that time.